History of Hockey in Wadena Part 2

Posted on December 31, 2015 by Agriculturetodayblog 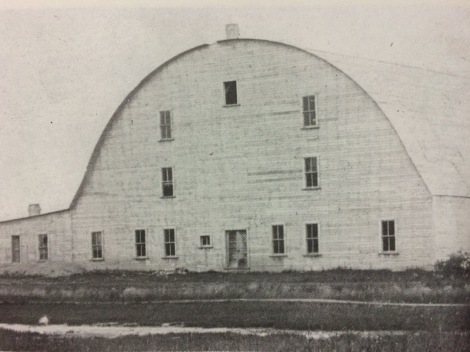 History of Hockey in Wadena
Part 2
By Angela Jones
Information from ‘Remembering Times Wadena and Area dating back to 1882’ history book.
quotes taken from Remembering Times
By Jim Headington
Additional Information supplied by: Darin Faubert and the July 28th 1999 edition of the Wadena News

Wadena Hockey Throughout the Years

Pictures dating back as far as the early 1900s and game summaries in the local papers of that time show that hockey was part of Wadena’s history right from the earliest days.

In an era where free time was minimal compared to today, the citizens of Wadena remarkably found the time and money in 1910 to construct an indoor rink where the town hall now stands (pictured above). Regrettably, this structure burnt down in 1912 and would not be rebuilt until 1935. Even then it would be ahead of its time, being the only covered rink on the line between Humboldt and Kamsack. A simple fire could not stop hockey in this town; it continued on an outdoor rink for the years that the town had no other facility. Many different age groups enjoyed the sport during this time. Ladies hockey was strong then as now, with a 1912 edition of the local paper reporting that the group looked like a “fast bunch.” The 2015-16 season marks six years since a local ladies team, known as The Felines, was resurrected.

Before World War I, hockey was an important part of Wadena’s social life. Hockey games were much anticipated events and often drew large crowds. In 1912, a heated rivalry was born between Wadena and Humboldt. Results of the games were largely disputed and likely were the talk of the town for the season. The first game of the playoffs was held in Humboldt and Wadena lost 3-1. The local paper stated that because of poor officiating “outside referees will be engaged for the remaining games.” The 100 fans who traveled by train with the Humboldt team to Wadena for Game 2 might have been intimidating, but their presence didn’t make a difference because Wadena won the game 3-2. The paper reported that Wadena won Game 3 in Humboldt with the same score and “we are pleased to say, with all local players.” By the sounds of the paper’s write-up, Humboldt added a few players from Saskatoon, Regina and Moose Jaw and even ‘let’ their manager referee the final game. Even years ago, hockey was not without controversy. The write-up did praise the opposing team’s players for their talents and condemned any locals that performed or behaved badly.

After the war, there was a renewed interest in hockey with many young men returning home. In the fall of 1946, organizers met at Ottman Meats and chose to honor the legendary 214th Battalion by naming the local hockey team the Wadena Wildcats.

Those first Wildcat teams set the bar high for all the teams that followed. According the Wes Ottman, the 1949 team won 30 of their 33 games, tying two and losing only one. During the same era, Wadena played Wynyard in a memorable 1951 series which was chronicled in the local history book. Wynyard had to cancel a tournament because of a storm and invited the Wildcats for a later game instead. Wynyard agreed to not use imports for the game. Wadena ended up winning 10-7 and Wynyard was not happy with this outcome, eventually talking Wadena into coming back for a second game. The winner was to take all the profits from the gate at the second game and Wynyard could use its imports. There was a lot of pride on that 1951 Wildcat team and they were not going to back down from a challenge. As luck would have it, the Moose Jaw Canucks lost out in the SJHL playoffs the night prior to the big game so Wadena got an import of its own in the form of David Rusnell, and another in Ted Everitt who had formerly played with the Regina Pats. The story ends with 45 seconds left in the game as Rusnell picked up a loose puck at his own blue line and skated in for a goal to give Wadena a 3-2 win in front of a packed Wynyard arena.

The team bounced around from second-place finishes to last-place finishes in the years from 1952 to 1971. The rink facilities were lacking and some years the Wildcats struggled to form a team. Shortly after a new rink was built, the 1971-72 season marked the start of a decade in which Wadena would dominate the Fishing Lake Hockey League (FLHL). The 1972 final was a testament not only to the talent on the Wildcats but also to the level of hockey being played in the FLHL. Fans regularly packed the rink, coming from as far away as Yorkton and Kamsack. The Wildcats defeated the Wheat Kings in the fifth game of the semi-finals and pulled off a Game 7 win against the Quill Lake Monarchs to win their first FLHL championship. They added five more titles before the end of the decade (1973, ’74, ’77, ’78 and ’79). The Wadena Recreation Centre was filled to capacity again in 1979 when the Wildcats progressed to the Intermediate B provincial final, defeating Hudson Bay, Humboldt, Nipawin and Unity to win the northern Saskatchewan title.

END_OF_DOCUMENT_TOKEN_TO_BE_REPLACED

The History of Hockey in Wadena Series

Posted on December 20, 2015 by Agriculturetodayblog

The following series of stories are a compilation of memories that have been shared by various people over the years. These memories are not captured in a form that can be found in the manner my generation has become accustomed to, with a simple click of a mouse, but rather in the few faded copies of the paper in a back room of the Wadena News or in the history books collecting dust high on the shelf in a neighbor’s basement. Although a few people in town recall these stories like they were yesterday, there are those that do not – and a very real danger looms for the rich hockey history of this town to slowly fade. I have found endless enjoyment in my quest to promote the Cameco Hockey Day in Saskatchewan by researching the history of the Wildcats, and have stumbled upon many tales that I have not heard before. When you are skimming over 100 years of history in a few short stories it is impossible to include everything or everyone. Although I struggled with choosing what to share and what to edit out, I attempted to include the content that will remind the residents of Wadena why our children should be proud to wear a Wildcat on their jersey, play in our facility, and represent the Town of Wadena. I hope that you will follow along for the next few weeks and enjoy reading as much as I did writing! 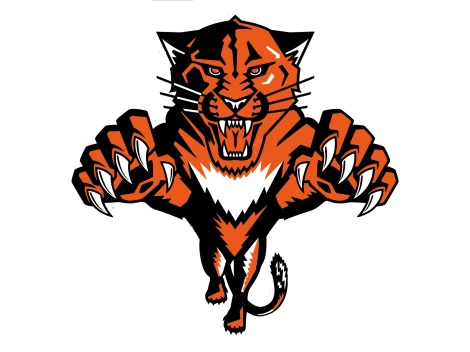 History of Hockey in Wadena Part 1

Written by Angela Jones
Information from ‘Remembering Times Wadena and Area dating back to 1882’ history book.

The symbol of hockey in Wadena, the Wildcat, is named in honour of the 214th Battalion – a group of men from the area who served proudly in the First World War. The history of this group and its members have a special place in the memories of Wadena residents for a variety of reasons. Here is a small excerpt of our town’s part in this story.

END_OF_DOCUMENT_TOKEN_TO_BE_REPLACED

We interrupt your regular programming for this very important message…..

Posted on December 16, 2015 by Agriculturetodayblog

If you are in the agriculture industry, or are from a small town, this will be nothing new. But for those of you that aren’t, I feel I need to explain just how much rural life revolves around community and volunteering.

In the small towns that farmers often call their ‘homes’ people have a large sense of pride in their surroundings. Many places have skating rinks, community halls, or curling rinks that were built with the blood, sweat and tears of friends and family a generation ago. It sometimes doesn’t even matter if there is running water! If your parents or grandparents spent 10 years fundraising and helping to build that certain hall, then you are going to be proud of it and use it. Truth be known, a good portion of our towns are built on the backs of those giving of their own time, energy and money. We would not be able to enjoy what we have today without the sacrifice and hard work of those who came before us.

The tradition continues today with farm wives often using the flexibility of their seasonal schedules to help with various volunteering jobs or fundraising committees. Likewise, you will often find the farm men on fair boards, volunteering farm equipment to help build new playgrounds or things like demo derby tracks. Nothing happens in a small town without volunteers. From the local dance executive to the managers of the local hockey teams. Everyone puts in their time somewhere. When they have the time, farmers enjoy helping out right alongside their non farming friends.

This farm wife is no different than the rest and I have found myself in the middle of a fundraiser for our recreation center this winter. Contrary to how this post may come across, I am not writing this to sing my own praises (because a sad song it would be) but rather as a warning to my agriculture friends. Things are slow on the farm and my blogging is taking a different turn for the next month. I will be posting a series of stories outlining the history of hockey in my small little town of Wadena. I understand if you want to steer clear until February when my blog is back on topic, but I hope you will follow along, because it is turning out to be an interesting tale!

So here is to all those who came before me and made it possible for my children to grow up in a place that has a state of the art curling rink, new town hall, a great recreation center, a swimming pool, two new or fully renovated schools, a track field, new play ground, shale ball diamonds, along with many other things. Thank you for your hard work.